Listen to the NPR broadcast of “the Changing Lives Of Women” HERE: 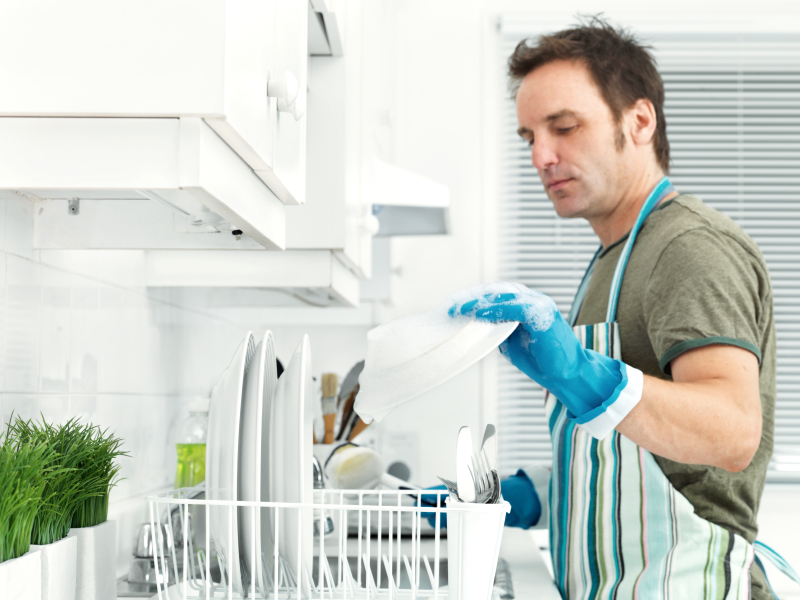 Well, well, well. Now we have a discussion about what life is like for stay at home dads. I find it very interesting how the discussion is focused on how this change in culture affects women. The NPR series I posted above is called “The Changing Lives Of Women.” Isn’t anyone interested in the changing lives of men? Are men even allowed to change?

I have been a stay at home dad for the 10 of the 11 years of my children’s lives. I understand the things that were talked about in the audio above. I have been asked numerous times if it was “time with daddy” or if I’m playing “Mr. Mom” today. I got the funny looks from mother’s in the playground (at least until they got to know me). I also know the flip side of being a father who takes care of the children where the wife or female partner works full time.

The big flip really is happening. I use that phrase because I heard about it in the book “The Richer Sex” by Lisa Mundy. The book is a fascinating look into the change in our culture. The Richer Sex book discusses how more women attaining higher degrees in greater numbers than men and how younger women earn more money than younger men. While this is a fantastic thing for women, how will men react to this change? How will women react to the fact that there will be a shrinking pool of men who have higher status and income than they do?

My main question is this; will women be attracted to a man who is the one who chooses to be a stay at home dad? Will women respect a man that chooses to do the cooking, cleaning, child care, scheduling of play time, picking the kids up from school, cooking dinner, taking the kids to doctor appointments, dealing with homework, knowing the kid’s friends and their parents, reading bedtime stories, changing diapers, dealing with emotional issues and then dealing with a possibly stressed out wife who is working long hours? What if the husband chooses not to go back to work and re-enrolls in graduate school for three more years after the children are in grade school since he has been out of work for the past five years? Will women still view this man in the romantic way they might have in the beginning, or will the inevitable “MAN UP” and get a job comments rear their ugly head.

What happens, when the respect level for the husband decreases due to the lack of drive, initiative, confidence, and things that generally attract high status women starts to decrease? Will the women find what she initially found attractive in her stay at home husband in a more powerful interesting and exciting person at work or elsewhere?

Also, what happens if either one is no longer happy, for ANY reason. What happens if the stay at home husband no longer likes what he sees in his wife and wants a divorce. He is attached to the children, so he wants he out and wants the kids just like he has had them before. As they say, be careful what you wish for because the law might not protect the breadwinning wife any longer. She makes the money but the husband gets all the benefit in the divorce.

I have heard so many stories of how dreadful the idea is to pay an ex-husband alimony and child support. Welcome to the club ladies. In the scenario above, the wife could be kicked out of her own home and would have to pay child support  (25% of her gross income in New York State for two children) and possible maintenance. The ex-husband could demand a very long and possibly lucrative support deal depending on how long they have been married. If they are married for ten years or more….BINGO!!! He gets part of her social security when he retires if that is the case.

High-earning men have the most to lose in a divorce (e.g., no-fault divorce laws), so it makes sense that they would marry women of equal or higher earning status. To put it in financial terms, it’s a hedge! I find it interesting also that women are now more concerned about the ‘exit costs’ of a relationship. The shoe seems to now be on the other foot! 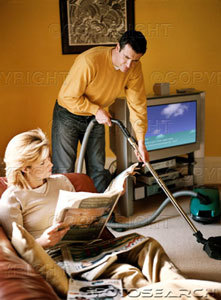 Think this through folks. This all may sound like fun and games and a fantasy come true. The fantasy can turn into a dark reality. There are many homes where the big flip has occurred and there is a stay at home dad. Things may be working out just fine due to the fact that the mother may not have the same nurturing traits as the father does. I would argue that is quite rare. I would also take a good look into any of these homes. I’d be curious as to how many of them have marital issues, not based on income, but on respect. I have no way of measuring this, but from the information I got from the book The Richer sex, professional women are not interested in a man who can’t keep up with them. Women say they want a man who does the housework, but the reality I’ve seen is that they loose interest pretty quickly when they see their man scrubbing the kitchen floor instead of coming home in his work clothes. It’s an unexpected reaction for both partners, but I’ve seen it over and over. Male self-esteem is fragile. Earning less can equate to feeling less worthy, and a loss of motivation and self worth.